Although old homes have their own exceptional charm, they can also have a number of common problems when it comes to sewer line materials. 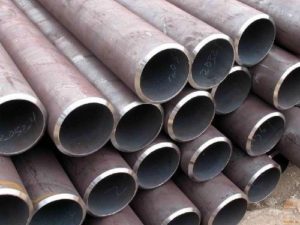 Anyone moving into a home built more than 30 years ago should have a detailed inspection completed by a licensed sewer and drain repair contractor who can recognize any kind of problem.

Small steps today can stop potentially serious and also very expensive problems in the near future. So, potential homeowners of old houses should be wise to keep in mind a few precise features that are pretty common.

Do you happen to know what type of sewer line types and materials your home has? If you are like most of the homeowners; then you only think about your sewer pipes when something goes wrong. Like when you have a drain problem or sewage backup. If your home has been renovated in the last few decades; some or all of these pipes were probably replaced. However, it is always recommended to have closer inspection; just to make certain that there are no unpredicted surprises the first time a drain clogs.

Older homes could potentially feature three outdated types of pipe; Lead (lead is one of the oldest metals that are used in piping); Galvanized (Galvanized pipes are made of iron and covered with a layer of zinc. In time, the zinc erodes; leaving the pipe extremely prone to breakage and corrosion); Polybutylene (Presented as a replacement for copper lines; its usage unfortunately didn’t last. The manufacturer paid out millions of dollars lawsuit because the pipes were malfunctioning.

Moreover, knowing what type of pipes your home has; can in great deal help you understand what is happening with your sewer and drain system. So let’s take a look at the different types of sewer pipes (sewer line materials) typically used.

Also called bituminous fiber piping – Orangeburg piping is made of wood pulp which is sealed with coal tar. Initially, Orangeburg piping was planned for dry use in electrical and also telecommunications applications; and not for water and sewage usage. These pipes are not as durable as other types of sewer pipes; and they are far more prone to: bellying, tree root infiltration, wear and tear.

These pipes are more durable than Orangeburg piping. Cast iron sewer pipes were commonly used in homes built before the 1960s. These types of sewer pipes were installed with vertical drain systems; and they have a tendency to last about thirty years.

In spite of their stability they are prone to rust and corrosion; and also waste buildup due to their rough interiors. In other words, as cast iron pipe ages, its more prone to clogs, cracking, holes and collapses.

Clay sewer pipes can last more than thirty year. They are environmentally pleasant and static, resistant to chemicals and acids.

But, despite their advantages, clay pipes are fragile and absorbent; which makes them predisposed to leaking, tree root infiltration, and collapse, cracking and snapping, especially under extreme pressure.

Concrete sewer pipes are very durable and they have an average service life of about thirty years. Moreover, along with plastics; concrete is considered a new generation material for sewer pipes.

Concrete sewer pipes are not immune to aging or damage. But still this type of sewer piping is now popular because of its strength, affordability and prolonged existence.

PVC and ABS are also among the new generation piping; widely used in the homes built since the 1970s. They are one of the most long-lasting and durable sewer line materials. Furthermore, they are rust proof (they won’t corrode in time). Also versatile – they can be used alone or with cast iron and clay piping. The smooth interiors and exteriors of these pipes make them resistant to root interference. And they are extremely affordable.

In conclusion, when it comes to sewer line pipes, the bottom line is that if your home was built before the 1970s and it has Orangeburg, cast iron or clay sewer pipes; you should consider sewer pipe replacement before your sewer line breaks.

Bad installations and poor planning are frequently the cause of sewer line bellies; just like the correct slope and the good materials are vital factors for preventing the problem. Natural occurrence like earthquakes, major tree roots, rain, sun or heat and even cold climate fluctuations can lead to the movement in the soil that can ultimately cause pipe bellies. Also, in many cases, unstable ground may cause bellies, too.

Hidden and out of sight; no one is thinking about their sewer line until it breaks; seeping sewage in the ground or backing smelling wastewater in the home. Sewer lines have intense use and those in the older homes were built before the modern appliances show up (dishwashers, garbage disposals. More water is forced through, making them more prone to failure; particularly when there has been extensive remodeling. Older homes also have issues with sewer lines shifting or damage by tree roots.

Nothing lasts forever. Older homes have fixtures, faucets and supply line connections that are at the end of their duration. Wear and tear and corrosion will lead to limited water flow and leaks; which will make using water in the house very difficult. And yes, many people will try to simply “get along” with failing plumbing; but things have a way of breaking at the worst possible time. Imagine, returning from vacation and finding that the rusty water line valve under your sink at last failed; and caused water damage worth thousands of dollars.

Is in their nature, older homes have many opportunities to develop plumbing problems. It is not a question IF the home had plumbing repairs; but rather WHO did the repairs. Many of the old homes give attributes to DIY repairs; which are made by the homeowner or maybe a handyman. Some of these repairs are more entertaining than anything else; but others have the potential to be pretty dangerous. And they should be repaired immediately by professionals. 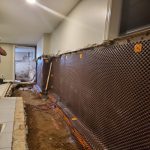 Waterproofing Reasons – Why Do It? 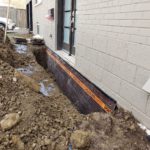